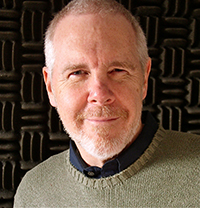 How Are We Raising Our Sons?

Produced and Composed by Peter Link
and Performed by Julia Wade

Is Anybody Listening? is a musical experience designed to lift people’s thought to a higher sense of awareness and healing, countering the downward pull of negative energies we all encounter in the world today. These socially conscious songs are a clarion call to the world to pay attention, with How Are We Raising Our Sons? focusing on the particularly timely issue of predatory masculinity. Peter Link’s words and music take an in-depth and inspiring look at how these issues can be healed spiritually by inspiring mankind to live in a higher state of consciousness.

Peter won the NY Drama Desk Award for his musical, Salvation, out of which came his first Gold Record, If You Let Me Make Love To You, Then Why Can’t I Touch You? which sold over two million records. He is a two-time Tony Award Nominee for his musical scores of Joseph Papp’s Much Ado About Nothing and Neil Simon’s The Good Doctor. His Broadway credits include Ulysses In Nighttown (Zero Mostel), Lysistrata (Melina Mercouri), The Mighty Gents (Morgan Freeman), Trelawney Of The Wells at Lincoln Center (Meryl Streep, Michael Tucker, Mandy Patinkin, John Lithgow) and King Of Hearts.

The Song
"It's a bone-chilling soul-searching arousal of humanity and its ability to survive and thrive. EVERYBODY should be listening!" —Laurie Lawson – Electronic Link Journey
"I'm still full of the joy … The songs … spoke to us to savor our souls and our planet. Thank you for allowing me to experience such work. Peter Link is a musical genius!" —Charles Turner, NYC

3 thoughts on “Peter Link: “How Are We Raising Our Sons?””