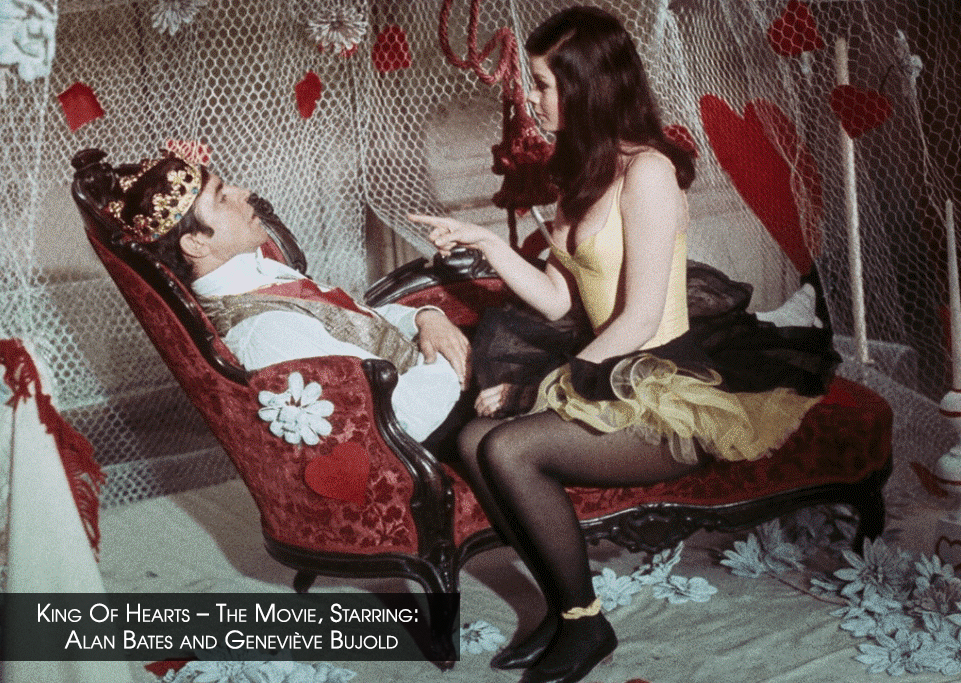 This charming ode to nonconformity became a beloved touchstone — across college campuses and revival houses — for the ’60s anti-war movement, and the first taste of foreign-language cinema for many American viewers.

King of Hearts, The Musical, Music by Peter Link, opened on Broadway in 1978 and has had countless productions around the world in first class productions, colleges, high schools and community theaters since then.

We invite you to listen in on a song from the Musical: