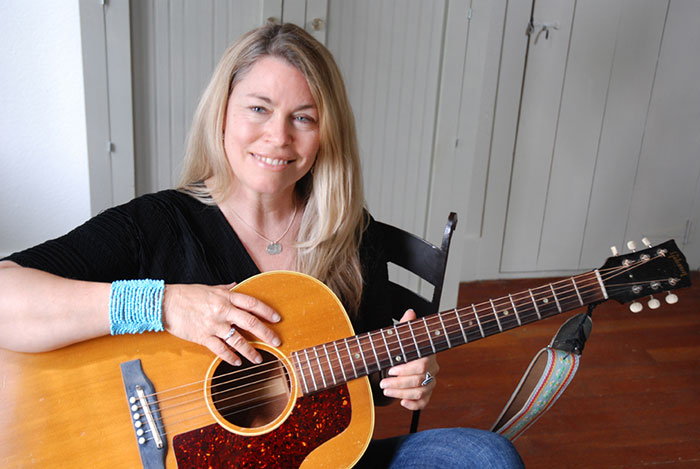 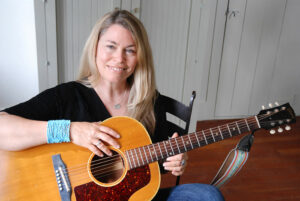 This week, Lisa Redfern adds a jaunty tone to the well-known lullaby Hush Little Baby. Lisa’s version of this song is sung in her authentic folk style and features gorgeous vocal harmonies for the second half of the song. It is from her album Sing Me Goodnight, a deeply personal collection of 13 tender lullabies for all ages. The CD was the Winner of the Parents’ Choice Silver Honor and the NAPPA Gold. It’s dedicated to parents and children everywhere, especially those creating families through adoption. Lisa’s soothing, clear voice comforts the listener through beautiful lullabies with simple acoustic arrangements. Two of the songs are recent originals about adoption, two others were written by Lisa, two are songs from a fellow songwriter, and the rest are traditional tunes.

Lisa Redfern is an award-winning singer-songwriter with 11 solo recordings. Her clear, bell-like voice has often been compared to Judy Collins and Joan Baez. But she is a versatile vocalist who blends her roots in folk, bluegrass and country with blues and jazz to create something unmistakably her own.

Lisa has opened for many notables, including The Roches, Livingston Taylor, Cindy Kallet, Dave Mallett, and she shared the stage (and several duets) with Pete Seeger. Her recordings have garnered positive critical reviews and extensive radio play, and she has added her voice to the soundtracks of dozens of other artists. Her awards include Best Song (West Coast Songwriters Contest), Finalist (Great American Song Contest & USA Songwriting Competition), as well as a NAPPA Gold and a Parents’ Choice Silver for her lullaby CD, “Sing Me Goodnight.”

"Wow, I haven’t heard a voice like yours in 30 years, you sound like one of the original women of folk." —Livingston Taylor

"Your CD is exquisite. I’m so glad to know you are continuing to bless others with your voice." —Jennifer Johnston, Brookline, Massachusetts