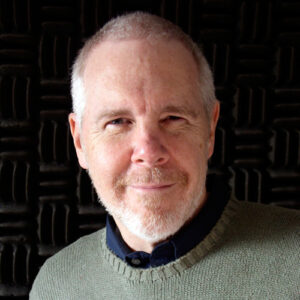 So, what have I been doing of late?

Here's A Smattering of Examples

I Stand For You - Gospel

I Stand For You

On My Way To You -- Orchestration

On My Way To You

Music by Michel LeGrand
Lyrics by Alan and Marilyn Bergman

It Was Very Good - Musical Theater

It Was Very Good

From: “Searching for My Father”

This Is All I Ask - Songwriting

From the Musical “Sundown”

I Think On These Things -- Inspirational

I Think On These Things

Decades ago, when working in the theater, I never needed an agent because I had a great theatrical lawyer who later in life became a judge.  The work just came to me faster than I could handle and my lawyer handled the business. Those 15 years in the theater were a most special time.

However, with a growing family, I found that I needed to settle into a financial life that was more consistent than the theater and spent the next 12 years as one of the top two calls on the East Coast composing songs for hundreds of corporate events. I changed that industry by bringing Pop and Gospel music into Corporate Events – music that better spoke to and inspired their constituents. During that period, I also built and established Westrax Recording Studios in NYC.

Building a recording studio and producing music in my own studio became my passion and I found myself fascinated with the recording and music producing process.  Over the next 20 years I wrote for and produced over a hundred and fifty albums for artists around the country and naturally slipped easily into the Inspirational Music market.  Within that medium I produced and wrote for the Pop/Gospel Group, The Jenny Burton Experience, that ran for nearly 10 years every Thursday night in NYC and around the country (the first Gospel Act to headline in Atlantic City {Resorts International}).

I also produced 13 albums for and developed the career of Julia Wade, “the Female Josh Grobin,” a most successful Inspirational vocalist with a world-wide audience. Together we built Watchfire Music, www.watchfiremusic.com, an online Inspirational Music company representing over 300 inspirational artists and composers world-wide.

I’ve never stopped writing and producing and I am this day far better at my craft as a composer, lyricist and orchestrator than I ever was in my early career.