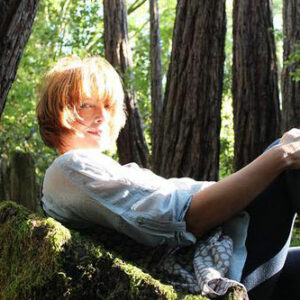 Twice Grammy-nominated singer/songwriter Desiree Goyette envelops every syllable she sings with warmth and beauty. A seasoned performer, producer, and composer, Desiree’s original music and crystalline voice have been featured on film, television and commercial soundtracks. Her inspiring lyrics, colorful melodies, and rich harmonies open the heart and nourish the soul.

“I love to press myself toward infusing my songs with richness and meaning. Music is an incredibly powerful mode of communication – reaching you in ways nothing else can. So my deepest desire is to use it for the most authentic and substantive expression possible”

Years of experience in the world of commercial/secular music, has enabled Désirée to connect with a variety of audiences, and since the release of her first CD, she has performed inspirational concerts and workshops all across the country.

Twice Grammy-nominated composer, arranger, vocalist, inspirational speaker, and voice-over actor, Désirée Goyette, is best known for her work on the Garfield and Peanuts animated television shows. She has been featured in numerous television specials including: Movie Blockbusters, The Lou Rawls Parade of Stars, Evening Magazine, Entertainment Tonight, The Romance of Betty Boop (as the voice of Betty!), and numerous talk-shows. Désirée also appeared for two years as co-host with Rich Little on the internationally syndicated The New You Asked For It Show.

Alongside sold-out appearances from Carnegie Hall to cabaret, Désirée is deeply rooted in the writing and performing of Inspirational Music. Founder of Lightchild Publishing, Désirée serves as Music Director for Unity Center in Marin, as well a consultant for various cross-denominational music projects. Désirée’s work has been published in the 2017  Christian Science Hymnal.

Check out Goyette's voice…when she sings of peace and joy and love, she means it

Desiree has the voice and face of an angel.

…Every note was perfection!

Désirée, your voice and expression are especially beautiful and uplifting. The recording is wonderfully dynamic. I can hear air move when you press the piano keys -- brings tears to my eyes.

Thank you so much for sharing your beautiful talent and inspiration with us. The tone is so beautifully centered and you express the full range of Soul through your music which uplifts us all.

It just seemed as if you were singing to me as the beautiful lyrics and music touched my heart … What a joy it was to be lifted out of my sadness to a sense of peace, comfort and actually joy.

Everyone loves your music, your beautiful expression of voice…

See All Songs by Désirée Goyette