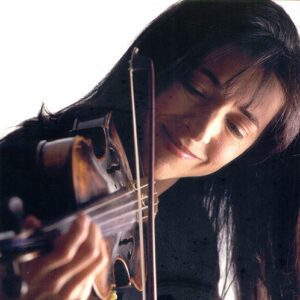 For nearly ten years, Mindy Jostyn toured throughout the eastern United States wowing audiences with her soulful voice, distinctive melodies, witty and insightful lyrics, and her command of a host of different instruments including guitar, violin, harmonica, accordion, and piano.

Additionally, not only did Mindy Jostyn wow audiences with her soulful voice, distinctive melodies, witty and insightful lyrics, but she  brought a unique voice to inspirational and sacred music in the form of gentle folk hymns and truly original songs that speak directly to the hungry heart. Now you can too can bring Mindy’s music to your church and worship experience.

A much-loved and highly regarded singer/songwriter and multi-instrumentalist, Mindy Jostyn passed on in March 2005. For nearly ten years, she toured throughout the eastern United States wowing audiences with her soulful voice, distinctive melodies, witty and insightful lyrics, and her command of a host of different instruments including guitar, violin, harmonica, accordion, and piano. She headlined at legendary folk clubs such as the Bitter End in New York City, Club Passim in Cambridge, MA, and the Ironhorse in North Hampton, MA, and she performed at the Falcon Ridge, Winnipeg, and Long Island folk festivals.

During the years that she toured as a singer/songwriter, Jostyn released four solo CD’s. Her first, “Five Miles from Hope”, is a rootsy, country blues album recorded with a live band and musical guests Donald Fagen, Carly Simon, and Garth Hudson. Her follow-up, “Cedar Lane”, is a pop-folk paean to the suburbs of her youth featuring emotive ballads and satiric takes on modern love. Her third CD, “in His eyes”, is a non- denominational collection of “folk hymns” (a term that Mindy coined). In 2003, she released “Blue Stories”, a collection of bittersweet songs about people and their plights.

During the year before she passed on, Jostyn spent much of her time working on a new solo CD called “Coming Home” which is slated for release in September 2005. Like “in His eyes”, “Coming Home” is a collection of non-denominational “folk hymns”. Produced and orchestrated by Peter Link, it’s flavored with musical influences from around the world and features Jostyn on lead vocals, all of her instruments, and a host of guest artists.

Jostyn’s co-lyricist on all of her CDs is her husband Jacob Brackman whose prior musical collaborators include James Taylor, Dr. John, Steve Winwood, Jerry Ragavoy, and Carly Simon, with whom he wrote many songs including “That’s the Way I’ve Always Heard it Should Be” and “I Haven’t Got Time for the Pain.”

Mindy Jostyn is among the most exciting songwriters to emerge in some time; her ballads reveal a poet's aim for life's revealing little moments. Everything is delivered with sparkling musicality and an emotional voice.

A few days ago my sister gave me three of Mindy's albums to listen to. I listened to each one, then listened again. I have never heard anyone who comes close to delivering such heart felt messages with so much grace and beauty. Her music just radiates in your soul.

Mindy Jostyn was a mother, a wife, a musician, a masterful musician, a daughter, a sister and a sideman sister extraordinaire. Mindy had your back. Her voice was one which, well, we could say: An Angel wanted a voice and Mindy Jostyn appeared. Her tenderness on the piano, the sighing of her violin, how she could rock the entire block with her fiddle, and look out for her on the harmonica, boys. Whoa! Just ask Arlen Roth and any audience that got the chance to hear the two of them pitch into the battle of jazz when we'd perform songs like "Satellite Sky" and "Flying in The Face of Mr. Blue". Mindy was a master at everything she played. Her squeeze box was the breath of every song she played on it. Her persona on stage was a ray of light, sometimes weeping and sometimes stamping it's feet... God Love you Mindy. I am grateful for your embodiment of joy.

Hey, don't you know that Mindy's music dreams us onward? Yeah, anyone who has heard her knows this and some had the extra delight to see her, to know her and be touched by that amazing grace that she was, is, and always will be. Rock On, Mindy, Rock On!

Mindy found an immediate place in my heart when I was looking through a friend's music collection. "In His Eyes" went right to the core of my feelings. The unique perspectives of her songs (told by a donkey and a merchant) grabbed my interest and never let me go. ...Her tenderness, humility, thoughtful insight and meaningful lyrics are so rare!

Mindy had a gift...she was a tremendous talent... and she gave that gift every time she played. She now plays along side legends...I am sure of that! All peace to you Mindy and to your family...

See All Songs by Mindy Jostyn