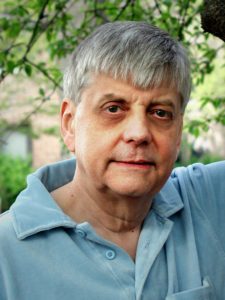 Paul H. Kirby writes music that is meaningful and accessible, but nevertheless original. He has found expression in classical symphonies and chamber music, as well as musical theatre and religious songs.

Dr. Paul H. Kirby serves as organist at Zion-St. Mark’s Lutheran Church in New York City, and as Treasurer of the Musicians Club of New York. His Songs without Words for Clarinet and Piano was premiered January 19, 2020. His Dies Irae for Symphony Orchestra was premiered at the Blue Lake Fine Arts Camp (Michigan) on August 4, 2013. His CD, 4 Sonatas, was issued on Capstone in 2008. Westco, Inc., of Tarrytown, NY, commissioned Mr. Kirby to provide original lyrics and music for its 1990 production of Charlie and the Chocolate Factory. His publishers include Balquhidder and Notescope. Kirby has served as music director of the Houston Youth, Central Iowa, and Iowa State University Symphonies. He received the Doctor of Musical Arts degree from City University of New York, with earlier study at the University of Michigan, Rice University, and at the Mozarteum in Salzburg, Austria.

Paul is a fine composer. His music is immediately accessible and involving. But, a closer look reveals a complete mastery of the techniques of composition from counterpoint to harmonic interactions. His style is always recognizable, even as it ranges from neo-classicism to jazz.

In an evening filled with anecdotes and a variety of styles, Paul Kirby's works often inspired and entertained. And he played well at the piano too. In "Remembrance," from Songs without Words, Kirby's delicate strands were reminiscent of the tender song "Time to Remember" from "The Fantastiks."

Kirby, former music director at OSA, has been working on this first opera of his for nearly a quarter of a century, and his labor of love here bore fruit in some of the most beautifully expressive new church music I have heard in some time.