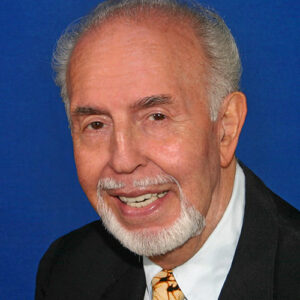 Richard-Charles Hoh began his show business career at age 7 as one of 8 brothers and sisters (and a father) comprising the Hoh Family Orchestra in Pennsylvania. He received his BFA in Drama at Goodman Theatre, Art Institute of Chicago. Summer and Winter Stock and TV shows brought him to New York City where he was the winner of the Garry Moore Talent Search at CBS- TV.

Following two years with Dom DeLuise as half of the Dick & Dom Comedy Act, Broadway saw Richard in Tovarich and The Studen Gypsy, as well as Off-Broadway shows, including 2½ years as Captain Jim in Little Mary Sunshine.

Thirteen years of entertaining on Cruise Ships also gave Richard the opportunity to exercise his talents as a Portrait Painter, having over 350 to his credit (including Maureen Stapleton, Marian Mercer, Ruth Buzzi, etc.), and Richard performed both on ship and off as a nightclub entertainer resulting in two LP Albums, Gather Ye Rosebuds and These Songs I Love.

Richard’s new CD release, Richard-Charles Hoh: Looking Back With Love – My Life In Song conceived and recorded at the venerable age of 82, represents a lifetime of artistic highlights thus far.

Hard to believe that you recorded this recently ? you sound almost as you did in the 60's when I accompanied you and Dom DeLuise. I'm happy too, that you chose to do two of my songs when 'Looking Back With Love'

"While still under the effect of your exceptional "Look Back", I wanted to let you know how profoundly I was moved by it. I had no favorite - each song has its own nostalgia-provoking consequence."

"I am truly impressed by your breath control - and RANGE - those high notes - WHEW. And your articulation - I got every word!!"

So what can I say about your heartfelt production? I'm overwhelmed. I never expected to be so affected - REALLY. I love it!!