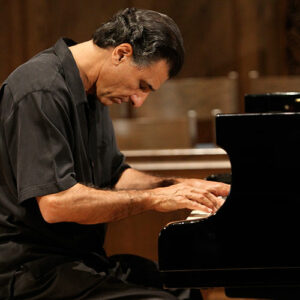 At age fourteen Ron Di Salvio started composing and arranging for his first musical trio, a passion that has never ceased. His creative process continually reinvents itself. He brings to his compositions the culmination of his years as an improviser of jazz, a player of Bach, Scarlatti, Chopin and a listener of all genres of music.

Essence of Green" A Tribute to Kind of Blue, "That's the way you should do a tribute recording

Happily Evans After" "Much more than your average tribute album, this one takes the concepts of its icon and stretches them enough to make something new

In his "Essence of Green" Di Salvio the composer and pianist captured the spirit of "Kind of Blue" and gave us something new.