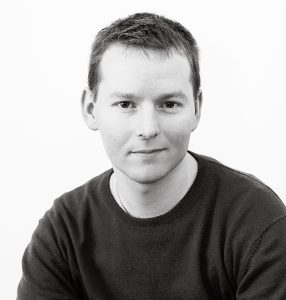 Simon Clark is a British based composer, organist and pianist. He trained at the Royal Academy of Music in London and now divides his time between composing and playing the organ at many churches of several denominations in London.

Simon is an in-house composer for his UK publisher, Kevin Mayhew Ltd, for whom he produces music for the sacred choral and organ repertoire. As well as writing sacred solos and inspirational piano music, Simon is a composer of orchestral music and has written a number of large scale works including symphonies and concertos.

Strong in melody and rich in harmony, Simon’s vocal solos and pieces for solo piano will fill your mind with peace and your heart with joy.

Simon Clark had his first piece of music published at the age of sixteen. Prior to this he had already composed four symphonies, two flute sonatas and a string quartet – as well as a number of choral works. He went on to study at the Royal Academy of Music in London and is now well known as a composer of spiritual and inspirational music. His music is published in the UK by Kevin Mayhew Publishers and in the USA by Jackman Music as well as by Watchfire Music. Simon’s music is regularly performed by organists, choirs, pianists and ensembles all over the world.

"The music is beautiful and relaxing"

"It is absolutely beautiful!"

"My office was filled with some amazing melodies and the gorgeous tone of the Steinway grand."

“Wonderful, creative, lush and powerful. I love it.”

“It is a joy to listen to his music, so calming and serene - but also uplifting.”

See All Songs by Simon Clark