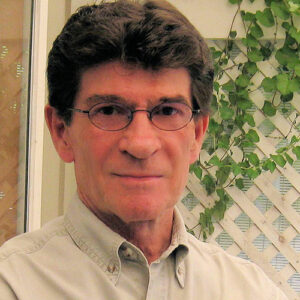 Steve Mackenroth is relatively new to the writing of sacred and inspirational music. With a background in musical theater, Steve’s pieces have a dramatic quality with lyrics that evoke a thoughtful, uplifting message that both comforts and inspires.

Steve Mackenroth has spent the majority of his adult life being associated with the theater and with music production. As a former member of the Dallas Theater Center Company, Steve co-authored and composed four major musicals which were toured nationally receiving numerous accolades and awards. Most notable of these was the musical adaptation of Shakespeare’s “A Midsummer Night’s Dream” which has been performed throughout the US receiving Chicago’s annual “Jeff “ Award for best musical production, and most recently presented at Shakespeare Dallas. In addition, Steve acted, directed and taught voice and diction at the graduate level both in Dallas and at Trinity University in San Antonio, TX. Since relocating with his family to California, Steve has concentrated on acting in regional theater (notably Argan in Moliere’s “Imaginary Invalid”, Vanya in Chekhov’s “Uncle Vanya”), performing with his musical group, Encore Café, throughout Northern California, and the composing of inspirational music for churches of all denominations. Steve lives with his wife, Cookie, and their Yorkie, Boise, in Sacramento, California.

"Your pieces are really lovely, and I'd like to be able to sing them sometime in my church." – Margaret Gibbs, Concord MA

"When I listened to your 'My Living Prayer,' just stunning! Lyrically, musically...you have a gift indeed!" – Suzanne Bigsby, N. Carolina

"I’ve looked over the music, and I see why so many people are enthused about it: it is clearly inspired and inspiring." – Dick Frantzreb, Rocklin CA