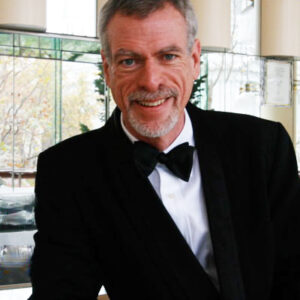 Raised the son of “a preacher and a nurse” from Arkansas, Steve Schalchlin (pronounced Shack-lin) was playing for his “daddy’s” church from the age of 10. Now a New York based composer and lyricist, Schalchin’s work has won many prestigious awards from coast to coast, especially his two off-Broadway musicals with partner Jim Brochu, a New York Drama Desk Award-winning playwright and actor. Steve Schalchlin combines his instinctive understanding of congregational singing with the healing power of music in clever, real world storytelling songs, honed in theaters, schools, colleges, universities, cabarets and concert halls all over the world. He is currently a resident composer and soloist at Christ Church Episcopal, Bay Ridge, New York, collaborating and studying with conductor/composer/arranger Mark Janas, who conducted for Leonard Bernstein.

"You marvel at the romantic sweep of [Steve's] songs, emotion catching in your throat." – Honor Moore, The New York Times

“Apart from playing Steve Schalchlin’s music frequently on my Music Theatre radio show in Australia, Broadway at Bedtime, I find myself drawn to recommending his music for my vocal students for professional auditions in my position as Vocal Coach. A curious statistic is that every student, who has sung one of Steve’s songs in audition, has got the gig!” – Will Conyers, Director, Music Director, Vocal Coach, Actor, Singer. Host, Broadway at Bedtime, Green Room Awards Association Inc, Music Theatre Panel

"As a presenter with a show called Musicals Mystery Tour on the east coast of Ireland I have regularly featured his songs on my programme. I have even played some of his sacred songs! "Begorrah, do ye suppose he was sent from higher authorities to convert an old Irish Atheist?" – Anthony O'Hagan, Producer and host, Musicals Mystery Tour, Dundalk FM 100

"I first heard Steve's music when I was 18 years old, and it has had a profound impact on my life, faith, and career for the past 12 years. His drive to be real is something I emulate and my commitment to becoming a successful writer is because of the way his music has been a constant, consistent soundtrack in my life and heart." – Amy Lynn Shapiro, Winner of The 9th BMI Foundation Jerry Harrington Awards for Creative Excellence.