View cart “All There Is” has been added to your cart.
See All Albums by CynthSee All Songs by Cynth 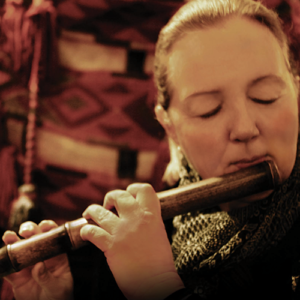 Flutist and composer Cynth committed herself to bringing a new awareness and approach to healing through music. She knows from a life-long practice of meditation and music that renewal begins within ourselves and music is one of the bridges that can take us there.

Cynth sees herself as an artist of “urban renewal.”

Cynth has traveled the many roads of music, first as a student of the classics, then a devotee of jazz and later the difficult maze of pop artist, to find her true home as a maker of flutes and composer of inspirational music.

Daughter of a jazzman and classically trained, (she studied with the 1st chair flute of the LA Philharmonic) Cynth signed her first recording contract with Warner Bros/Seven Arts at the age of 19, and released an album “The Holy Mackerel” with hall of fame singer/songwriter Paul Williams and award winning producer Richard Perry.

She continued to work as a studio musician in Los Angeles before journeying to San Francisco to play and compose music for the world-acclaimed San Francisco Mime Troupe. From there, Cynth went on to play flute, sax and percussion with numerous pop bands. Her Los Angeles based group High Risk was the first release for the groundbreaking woman’s recording company Olivia Records.

Cynth has been practicing meditation for over thirty years and began making her own bamboo flutes and exploring the powers of what she calls “organic music.” When a close friend was in a coma, Cynth came to the hospital to play her flute. To the amazement of Cynth and the ICU nurses, there was a dramatic improvement in heart rate on the bedside scopes. After this experience of the power of music, Cynth committed herself to bringing a new awareness and approach to healing through music and continues to be a pioneer, researcher, performer and recording artist.

The way Flute Medicine is produced and played gives it a natural healing vibration. The thing I love about this disc is how the flutes are overdubbed, often to the accompaniment of Tibetan bowls and bells, blowing like a clear breeze through the cathedral of the mind. But it's heart-centered music as well, especially on "Pyramid" and "Dream Lodge Dancer." Seven- time Grammy winner Roger Nichols helped out on production and it shows ? even on a simple flute solo. The album, especially on headphones, opens up into an adventure in reverberation and resonance ? a true tonic for the heart and mind.

Our spiritual center is blessed with live musicians who lovingly provide incredible music for our meditation services. We are pleased that Cynth is among these musicians. Her powerful yet humble sound emits a healing vibration that is truly comforting to the heart and mind. All who hear the magic in her playing are the better for it." - Dr. Rickie Byars Beckwith, Director of Music & Arts, Agape International Spiritual Center

I have a thing for flute music. First it was Carlos Nakai, then it was the soulful Dominic Dean Breaux and now I have a new flautist. Her name is Cynth. Not only does she play an outstanding flute; she makes her own instruments from bamboo and even plays the percussion that supports her atmospheric forays. This disc feels healing in a tribal Zen kind of way. In an era when almost every recording includes electronic enhancement, this disc is supremely organic.

I have brought Cynth's music to the bedside of Hospice patients and have witnessed its effect on them. Her remarkable work touches the emotions, cultivates a peaceful environment and brings a meaningful experience for patients and families in the midst of trying times.

I wouldn't be caught in traffic without it!

Enchantment straight from a healing heart. I played it at a birth recently and her sounds created an incredible atmosphere for Mom and baby!

See All Songs by Cynth
Artists