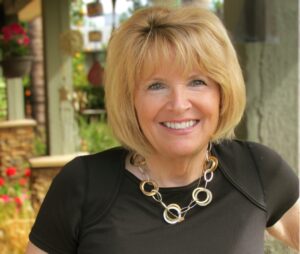 Music for the stars? Absolutely! If you’ve ever watched the hit TV shows “Desperate Housewives”, “Madam Secretary” or “The Big Bang Theory”, you have already heard Deborah’s music playing in  the background.

Deborah’s music has won the Clouzine International Music Award for “Best Contemporary Instrumental Album.”  It placed in the Top 10 on Zone Music Reporter’s Airplay Chart, qualified for Zone Music Reporters “Album of the Year”, as well as received the “Global Music Awards Silver Medal”.  In 2018 her “Soundscapes” album was among the “Top 3 Best Contemporary Instrumental”  and she performed music from it at the Berlin Philharmonic Hall in Germany.

If you’ve been to a national touring Broadway Show, you might have heard Deborah playing the keys for shows such as “Mama Mia”, “The Producers”, “Hairspray” or “The Full Monty”. Or, if you saw The Irish Tenors or The Moody Blues in concert, you might have seen Deborah performing with them in front of crowds of 12,000 people. Or, perhaps you caught her on stage with other well-known artists such as Michael “The Phantom” Crawford, and Michael Feinstein (along with the Phoenix Symphony).

For fun, Deborah has tickled the ivories with groups and artists such as The Platters, The Diamonds, Miss Patti Page and The Mills Brothers. Also, Deborah has enjoyed teaching at the high school and college levels, as well as inspiring the little ones to begin their own musical journey.

Deborah’s talent is showcased on her solo piano albums, which range from soulful and inspirational to peppy and finger-snapping. Her original compositions feel right at home with the well-loved standards that Deborah has included on her recordings. And, Deborah’s Piano Concert-Show, “Let’s Go to the Movies,” continues to delight every audience that has experienced it.