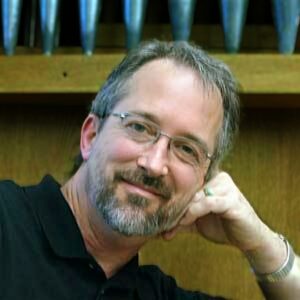 Greg Granoff is a skilled pianist and composer whose expressive musical settings join deep feeling and sophisticated craftsmanship in the service of spiritual uplift. His compositions place the accompaniment as an equal partner in finding and evoking the poetic essence of the text.

Greg began piano study at an early age in an atmosphere of frequent exposure to a wide variety of musical genres. Already a proficient accompanist in high school, he was employed as a musical director and solo keyboard “orchestra” for a series of Broadway musical productions at a popular local dinner theater in Carmel, CA. After studies in organ and piano at the University of the Pacific, he entered piano technology, ultimately making it his profession.

Employed since 1989 as a full-time university staff piano technician, Greg’s refined skills as a pianist, organist and harpsichordist are often utilized by the music department where he works, as well as by the musical community at large.

His compositional style reflects a passion for the joining of poetry and craft that Greg brings to his musical endeavors. Devoted to the art of “text painting”, or the joining of text with music that attempts to express and amplify the text’s meaning through rhythm, harmony and melodic shape, Greg draws inspiration from an eclectic mix of influences that includes a touch of the musical traditions of the East, Western classical song writing traditions, and the broad stream of 20th century sounds that include folk, pop, Broadway, and “New Age”.

Greg makes his home on the northern CA coast with his wife of 40 years.