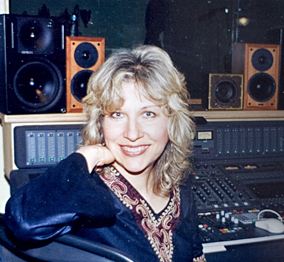 GRAMMY nominated artist and producer Janina Serden Sebesky has performed as a solo singer and pianist and as a featured vocalist with symphony orchestra. She was music director for the Emmy nominated children’s television series “Allegra’s Window” on Nickelodeon and has sung on many radio and television commercials such as G.E., Kraft, Pepsi, and DHL.

As a child, Janina loved to sing and play the piano. Her interest in preventative medicine and self-exploration began at age 17 and continued with her studies in psychology and homeopathy. But Janina believes being a mother, wife, daughter, sister and friend has taught her the most. Through these meaningful connections with others, she has loved and been loved and is happy to express her deep appreciation for it all. Her CD of original songs about love, hope and transformation called “Small Inspirations” is a tribute to the ongoing journey of motherhood as well as the inspiration for a one-act play “Small Inspirations and Great Love”. She also co-wrote “Chick Soup: A Musical Recipe For Friendship” about how women support each other.

“Small Inspirations” are featured in a new greeting card line at www.WithaCardandaSong.com. Janina’s narration and vocals can be heard on the CD “The Velveteen Rabbit: Love can Make You Real” 2008 GRAMMY nominee Best Musical Album For Children.