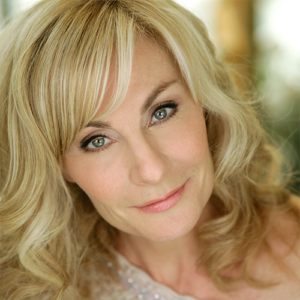 Currently Judy plays Lizzie Cranbottom, one of the main leads in Watchfire Music’s podcast musical, Rosemary And Thyme. As a Watchfire Music Artist, Judy appears on the sacred album, “Be Still and Know – The Songs of Martin Broones”, the cast recording of “Sundown – The Musical,” and John F. Wilson’s new sacred album, “Sermons In Song.”

As Broadway performer, Judy McLane performed over 4000 shows of Mamma Mia! on Broadway, starring as both Donna and Tanya, making her the longest running lead in Mamma Mia! history. Judy received critical acclaim creating the role of Camille in Romeo and Bernadette, garnering an Outer Critic’s Circle Award.

Other Broadway credits include Kiss of the Spider Woman performing duets with Chita Rivera, Aspects of Love, and Chess. National and International tours: The Baker’s Wife in Into the Woods, Narrator in Joseph and the Amazing Technicolor Dreamcoat with Donny Osmond, Mrs. Baskin in Big, and Side By Side By Sondheim directed by Rob Marshall.