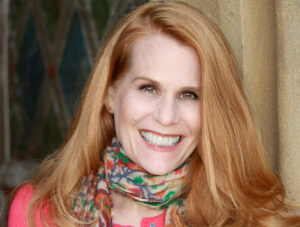 Classical crossover singer and actress Julia Wade has been hailed by critics as “the female equivalent of Josh Groban.”  Spanning diverse musical styles, Julia has performed nationally and internationally as a concert artist, as well as in opera, cabaret and musical theatre, including The Rome Opera and Carnegie Hall.

As a recording artist, Julia is truly at home in the studio with no less than 14 solo CDs under her belt. The 14th is her new release, “Julia Wade and Friends – A Christmas Album” with special guest artists, Jenny Burton, Rebecca Minor and Peter Link. The album is a beautiful mix of traditional favorites with new arrangements interspersed between a wonderful array of original songs by Peter Link – all capturing the joy and hope of Christmas.

As a concert artist, Julia tours her concerts all over the United States, taking her audiences on an inspirational journey which has been described as “evocative” and “beautifully entertaining all the while your soul is being nourished!”

Julia’s work in Inspirational music includes her successful 7-year run as the Soloist of the world headquarters of a major international church, The First Church of Christ, Scientist in in Boston, MA where she performed and was broadcast live on the internet weekly, singing in both English and Spanish. She is credited with expanding the music worldwide by bringing new music and innovative ideas to the broadcast services.

Julia won the Broadway World Award for Best Featured Actress in a Musical — Broadway World Regional Awards for San Francisco. This recognition came from Julia’s performance as “Red” in the West Coast Premiere of THE PEOPLE IN THE PICTURE, book and lyrics by Iris Rainer Dart, Music by Mike Stoller and Artie Butler.

Off-Broadway, Julia starred in “IS ANYBODY LISTENING? — Theatrical Concert and Webcast” at the Sheen Center’s Loreto Theater — a musical production that explores the problems and solutions of many of the world’s current crises through music and social justice.

Internationally, Julia was featured at the Massimo Theater (Palermo) and the Rome Opera House in Kurt Weill’s LADY IN THE DARK. The co-production was aired nationally on RAI television throughout Italy in both English and Italian.