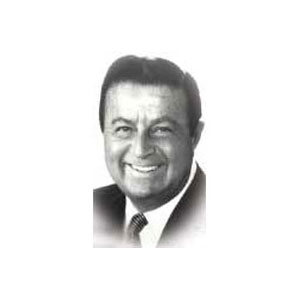 Martin Broones (1901 – 1971) had a comprehensive background in the world of music, in theatre, in motion pictures, radio, and television. He wrote the scores for many musical comedies which were produced in New York, London, and Paris, and he organized and directed the first Music Department in Hollywood for Metro-Goldwyn-Mayer. His musical styles range from Classical to Broadway to the Hollywood film scoring of the 1940-50’s.

Besides an extensive repertoire of concert music, Mr. Broones composed many well-known sacred songs which have been sung all over the world now for many years. A devout spiritual thinker, Mr. Broones withdrew from business in 1948 to devote his full time to just that.