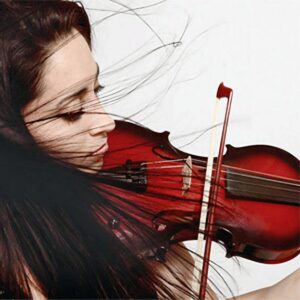 Currently residing in sunny California, Michelle is beginning to blossom in the field of music and film entertainment. She recently sang on the soundtrack of The Dictator, as well as composed original music for award- winning short film Sumtin’ like ‘Dat written and directed by Andrew Amani. She has also had the honor of working at Del Oro Studios as a studio musician for vocals and violin on various artists’ albums, and is ever so grateful to be a “working musician.”