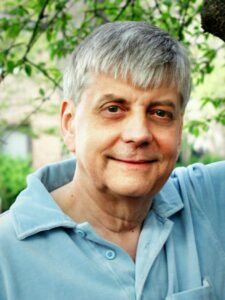 Paul H. Kirby writes music that is meaningful and accessible, but nevertheless original. He has found expression in classical symphonies and chamber music, as well as musical theatre and religious songs.

Dr. Paul H. Kirby serves as organist at Zion-St. Mark’s Lutheran Church in New York City, and as Treasurer of the Musicians Club of New York. His Songs without Words for Clarinet and Piano was premiered January 19, 2020. His Dies Irae for Symphony Orchestra was premiered at the Blue Lake Fine Arts Camp (Michigan) on August 4, 2013. His CD, 4 Sonatas, was issued on Capstone in 2008. Westco, Inc., of Tarrytown, NY, commissioned Mr. Kirby to provide original lyrics and music for its 1990 production of Charlie and the Chocolate Factory. His publishers include Balquhidder and Notescope. Kirby has served as music director of the Houston Youth, Central Iowa, and Iowa State University Symphonies. He received the Doctor of Musical Arts degree from City University of New York, with earlier study at the University of Michigan, Rice University, and at the Mozarteum in Salzburg, Austria.