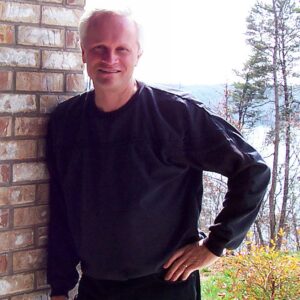 Robert Collister is a versatile composer, musician, performer, and educator. As a composer he has written 23 sacred solos and many SATB choral pieces for church services that are sold internationally. He has composed the music for the following musical theatre shows: “Vladimir: The Dracula Musical,” “Captive,” “The Calling” — a musical based on the life of Mary Baker Eddy, “Journey” — a show about the Cherokee Nation of Eastern Tennessee, and “Temps” – a musical comedy show soon to be produced off-Broadway.

Under the record label, Whispering Chimes Music, Robert released his CD, “World Reach Out For Him,” which has received air play on radio stations nationwide. His two musical cast CDs, “Vladimir,” and “Captive,” sell nationally.

As a teacher of music, Robert is a woodwind specialist, band and choral director. He has also served as music director, conductor, arranger and performer for numerous musical shows including “Man of La Mancha,” “The Sound of Music,” “The Music Man,” “I Do, I Do,” “Oliver,” “Bye, Bye Birdie,” “The Wizard of Oz,” “Bells are Ringing,” “Camelot,” and “Fiddler on the Roof.”

Robert Collister holds a BM and an MM from the Eastman School of Music, Rochester, NY and has performed professionally for over 35 years.