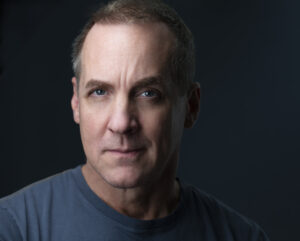 Steve Blanchard is from a small town in Southern Maryland, and after attending the University of Maryland, made the actor’s journey to Broadway appearing in The Three Musketeers, Camelot with Robert Goulet, and Beauty and the Beast. Off-Broadway, he was seen in Johnny Guitar, Frankenstein, and Treasure Island. National Tours include Newsies, The Little Mermaid, and The Little House on the Prairie, with Melissa Gilbert. On TV, you can see him in Prodigal Son, New Amsterdam, Tommy, The Enemy Within, House Of Cards, Madam Secretary, The Good Fight, and Law & Order. Steve can be heard on the original recordings of Johnny Guitar, Sundown, Frankenstein, and his own CD, Northbound Train. He is a husband and father to three beautiful daughters.