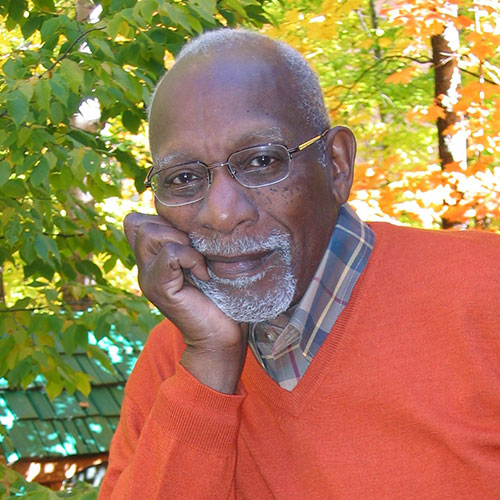 Close to Tom Tipton’s devotion to his family and to his faith, come his deep love of his country and the freedoms it proclaims. Growing up in our nation’s capitol, Tom was often denied freedoms that whites took for granted. As a young shoeshine boy, he buffed the boots of some of Washington’s most prominent politicians in the shadow of the White House. Yet he was not permitted to participate in the annual White House Easter egg hunts because of the color of his skin. In the 1960s, he stood with Martin Luther King, Jr. in various rallies fighting for the freedoms his people were denied.

Decades later, he was invited to perform at the White House as a guest of President Bill Clinton. He sang at various occasions for presidents Jimmy Carter, Ronald Reagan and George Bush Sr., for vice presidents Hubert Humphrey and Walter Mondale and Senator Hillary Clinton.

Tom served for 29 years as a soloist at Reverend Robert H. Schuler’s internationally famous Crystal Cathedral and performed more than 100 times on their nationally broadcast TV “Hour of Power”. He sang alongside Senator Amy Klobuchar at the post 9-11 rally at the State Capitol. He sang at his close friend Vice President Hubert Humphrey’s funeral. He sang for Governor Tim Pawlenty’s Dedication of the World War II Veterans’ Memorial at the State Capitol and sang to honor the Tuskegee Airmen of World War II fame. in Garden Grove, California.

He has performed multiple times for the ESGR Dinners honoring the extraordinary employers of our US service. He has sung, in recent years, at virtually every gathering where freedom and liberty are celebrated.