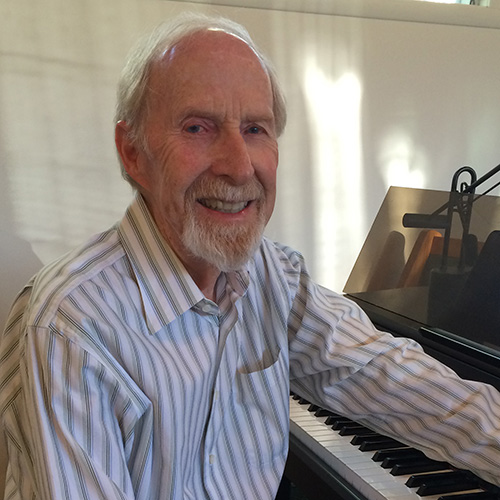 William enjoyed a childhood surrounded by beautiful music, his mother’s classical piano and his father’s pipe organs. His own contribution to the musical life was at first vocal, then at the piano, then as a swing band drummer through high school and college. His pure, precise tenor voice and musicality became the basis of a career as a choral singer in New York on TV and records. William’s song-writing began with pop songs, branched out to include settings of classical poetry and composition study with Robert Starer of Julliard. His portfolio includes a 12- song score for “The Wind In The Willows,” a major musical launched in the BMI Musical Theater Workshop under Lehman Engle.