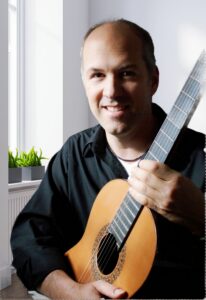 Zack Danziger has been playing music since childhood. His early influences include classical, jazz, rock, pop, blues, and hymns. He earned his Masters Degree in Jazz Performance at City University of New York, Queens College. He taught public school music for 18 years.

Zack is pursuing his freelance career of performing, composing, recording, and teaching privately. He is a soloist and or accompanist at First Church of Christ, Scientist, Northampton MA. He performs regularly at many venues and events for a wide spectrum of audiences, playing music old and new. His debut CD, entitled “Sun Is All We Need” is getting radio play in many countries. He is currently working on his CD of music for children. He composes music for animations and commercial soundtracks.