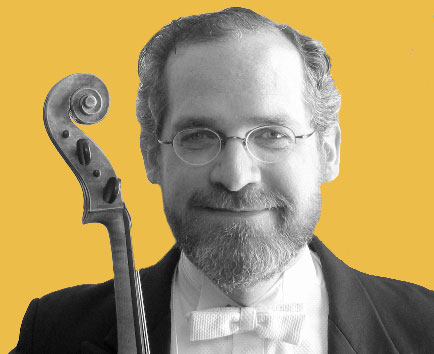 Brett Allen has had a life-long career as a symphony orchestra musician. He is Assistant Principal Viola with the Columbus (OH) Symphony and a violist with the ProMusica Chamber Orchestra. Allen is a native of New Jersey and began playing violin at age 8. He has a Bachelor of Music degree from Boston University, where he studied composition, and an Artist’s Diploma from the Cleveland Institute of Music.

Earlier in his career Allen was a member of the elite USAF Strolling Strings based in Washington, DC. His duties included entertaining at White House and State Department functions and touring worldwide. Later he played with the Sacramento Symphony and was Principal Violist with the Hamilton Philharmonic Orchestra (Ontario).

Allen is a published composer. His works can be found in the catalogs of Oxford University Press and Bèrben of Italy. He has two sons. He and his wife are certified foster parents for the state of Ohio.