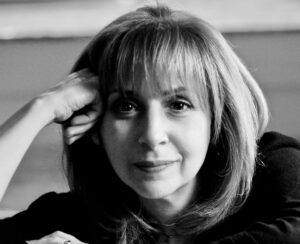 Emily Bindiger is a NY singer who has performed on hundreds of recordings, including commercials, movie soundtracks, industrials and records, as well as concert stages worldwide. She started out as a teenager playing clubs in Greenwich Village, then moved to France at 16 where she performed in musicals and on TV and released an album of original songs. She made her Broadway debut in “Shenandoah,” immediately followed by the revival of “Hair,” and for seven seasons she starred as “Frannie” on the Peabody Award-winning children’s TV show, “The Great Space Coaster.”